Becoming an animal behaviorist is a career that can be lucrative and rewarding both personally and professionally. For those who have a deep love of animals and wish to pursue a career within the veterinary sciences, choosing to specialize in animal behavior offers the option of working with animals both large and small as well as their owners to help to modify the troubled behavior of animals in order to protect their welfare and ensure their health.

Everyone from pet owners to zookeepers to farmers who manage livestock has the potential to need to consult with an animal behaviorist, making the field a broad and profitable one for the right individual.

What Does An Animal Behaviorist Do? 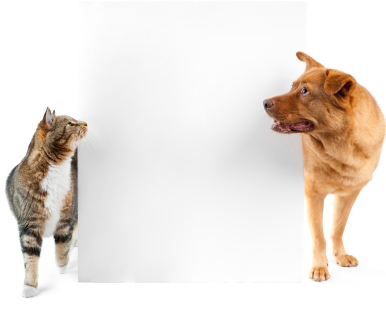 Someone who works in the field of animal behavior will have a career that is dedicated to modifying the behavior of animals in many situations. Often, an animal behaviorist will be called in when an animal is exhibiting tendencies that present a danger to its physical or mental health or to the well being of other companion animals or humans.

The animal behaviorist must analyze the behavior of the creature as well as their environment and stimulus over a period of time in order to determine the exact cause of the offending behavior. For domestic pets, there are many simple techniques which animal behaviorists can help to implement in order to stop behavior problems.

It is possible for a zoo animal to have these issues even when raised in captivity. For the safety and health of the animals, an animal preserve or zoo must attempt to create an atmosphere for its creatures that is as close as possible to their natural habitat. Animal behaviorists can offer a great deal of helpful input as to how to use the limited space available to zoos and animal preserves to create spaces that promote the health and well being of the animals being enclosed.

In addition to helping to create safe and healthy enclosures, animal behaviorists are also trained in the understanding of reproductive behavior of captive animals. When a zoo or animal preserve is housing endangered species which they wish to mate, it is not always as simple as putting the two creatures in one environment.

All animals have different mating habits, and these animals are often acutely aware that they are in captivity and as such do not feel safe engaging in reproduction. In other cases, their reproduction in nature could be followed by violent or detrimental consequences if the animals are not immediately separated in the fashion in which they would separate themselves from one another in the wild. In these cases, animal behaviorists are able to step in and help zoos and preserves to facilitate effective mating between animals of endangered species.

What Do I Need To Do To Become An Animal Behaviorist?

While venturing through school, it is wise for an aspiring animal behaviorist to seek employment, either gainful or via volunteerism, which will allow them to engage in frequent contact with animals. This will prepare them for their future work in the field.

The Benefits of a Veterinary Technician Career

Becoming A Dog Trainer And Certifications

Animal Behaviorist And The Dog Specialty

What To Expect In An Animal Behaviorist School

Common Responsibilities Of A Veterinary Technician

The Benefits of a Veterinary Technician Career